Fans will Japanese Girl Group Atarashii Gakkou shirt get a new glimpse at Season 3 of The Mandalorian when a new trailer is released in a few days. Footage from the upcoming season of the Star Wars hit series on Disney+ has already been previously released, teasing that Pedro Pascal’s Din Djarin could be at odds with Katee Sackhoff’s Bo-Katan Kryze as he returns to the wastelands of Mandalore. Season 3 is scheduled to hit Disney+ on March 1, so marketing is starting to ramp up more as the release date nears. Fans of the galaxy far, far away will be able to get a fresh look at the upcoming season as an entirely new trailer has been confirmed to drop within the next week. 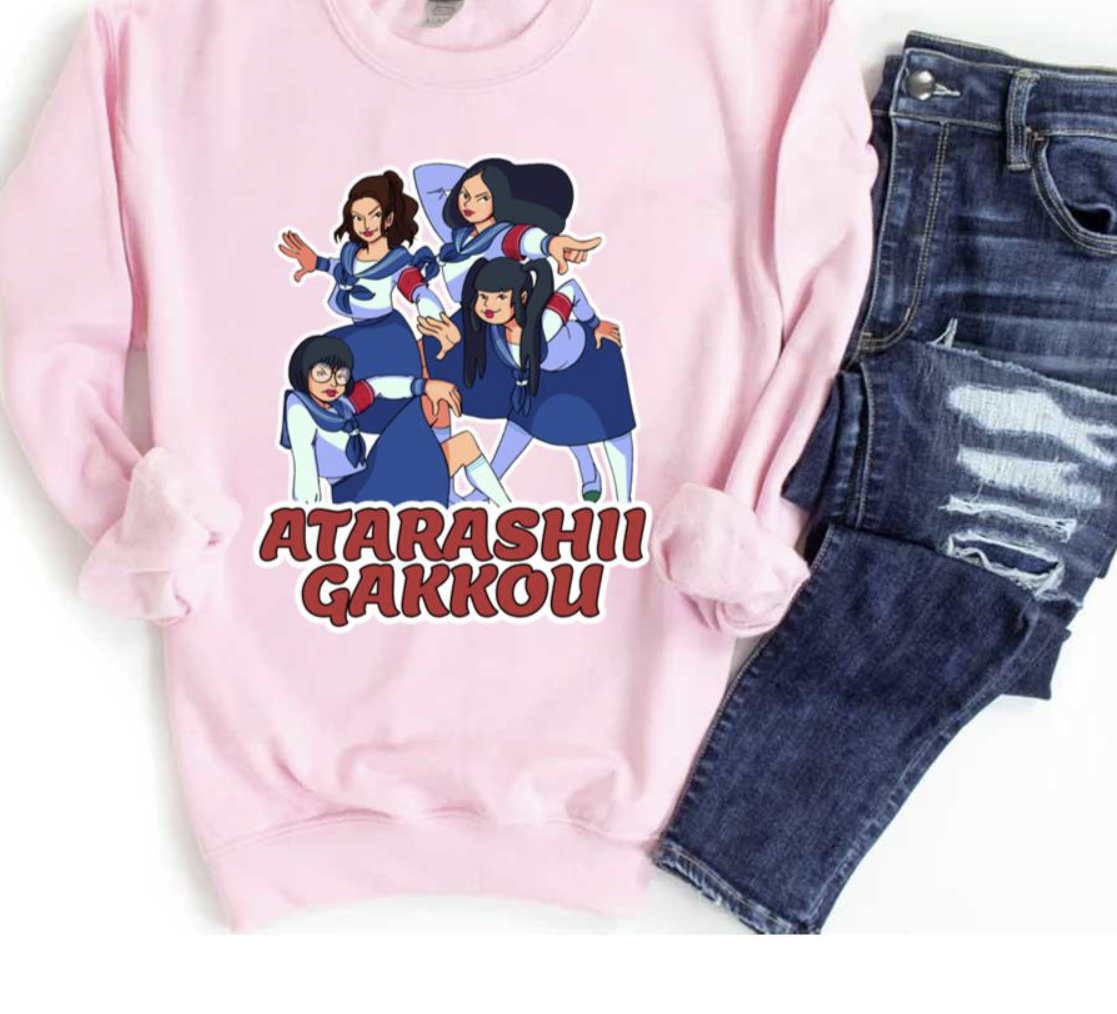 
Based on previous trailers, Din Djarin and his companion Grogu will be venturing to the planet Mandalore in search of the planet’s sacred pools in the upcoming Season 3 Japanese Girl Group Atarashii Gakkou shirt In The Book of Boba Fett, Din was cast out of his clan of Mandalorians by the Armorer after he confessed to her that he removed his helmet. The only way to cleanse himself and be welcomed back as a true Mandalorian is to enter these waters on the planet, which will “cleanse” him of his transgressions against the Mandalorian Creed. However, previous footage has also confirmed that Bo-Katan will play a major role in the upcoming installment. At the end of Season 2, Din gained control of the Darksaber, an artifact that Bo-Katan believes is hers by right. The two characters could possibly end up facing off in a duel for the Darksaber at some point during the season, or matters could even escalate to the point where a Mandalorian civil war breaks out with Din and Bo-Katan each leading their own armies of Mandalorian warriors. No matter what ultimately occurs, creator Jon Favreau and executive producer Dave Filoni will undoubtedly have some surprises up their sleeve, and fans won’t have to wait much longer to see what is in store for Din Djarin as the release date for Season 3 nears.
You Can See More Product: https://t-shirttrend.com/product-category/t-shirt/